skip to main | skip to sidebar

What I did on my Staycation

I've taken some much needed R&R this week and I've been having fun hanging out with my family and also doing a fair bit of work on the project too.

First is an enviro speedy that shows one of the later story locations; a frozen, ruined palace high in the mountains. I've been watching Tron Uprising pretty avidly (such a fantastic piece of work!) and one of the episodes had a sequence out in the snowy wastelands where all the backgrounds were these geometric, speedpainterly configurations that looked awesome. So I thought I'd try for something with a similar aesthetic:

Next up is a vehicle design. I wanted to do a motorbike that was inspired by dueling pistols and ceremonial daggers, so it ended up pretty long. Not exactly sure how this thing turns! Maybe leaning combined with the cunning use of counterweights? 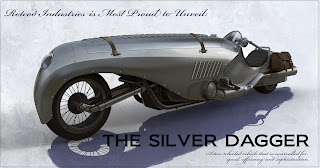 This is some kind of mutated, undead trench hound. I posted the silhouettes for it last time and spent some time working it up. I've been looking at pictures of dogs in gasmasks from WWI (who doesnt!?) and it just went from there. I see these guys breathing out plumes of yellow mustard gas as they stalk the battlefields. They're pretty big too. I should have put Scaleman (tm) in there... 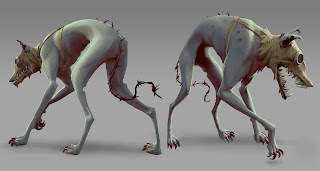 Anyway, enough with the work stuff, here's a couple of pics of Alex and me having some fun this past week:

Scoping some chicks at Pretend City in Irvine: 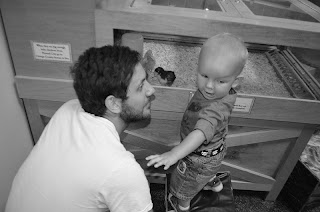 On a firetruck in Disneyland: 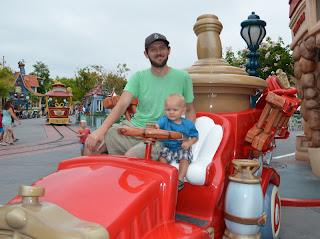 It all got a bit much for the wee fella: 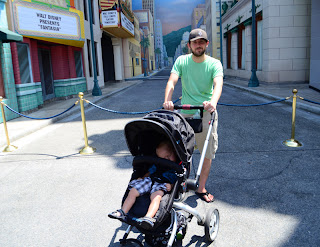 We've not worked out how to get him to look at the camera.... 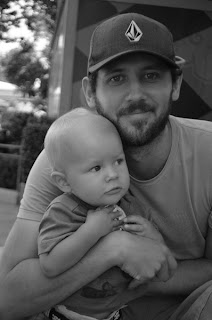 I've got a character line-up I want to work on next and a sculpt in the works. More updates soon!

Dark Clouds and a Dead Dog

I've been a little slack with my work in the past couple of weeks, but I'm determined to up my productivity and I've got a few ideas on the go for the next update. Anyway, Here's a couple of odds n' sods.

First, a little speedpaint that I didn't put enough thought into beforehand. And I also ended up putting a tank in there as well despite what I said before (whoops!): 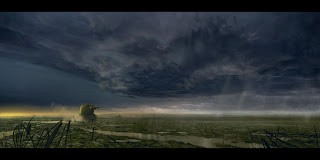 Also, some silhouettes for an undead trench mutt: 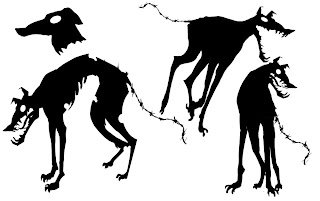 Nick Carver
Hi there. I'm Nick Carver and this is my art blog. You can contact me here: oishiiniku (AT) hotmail.com

See More of My Work